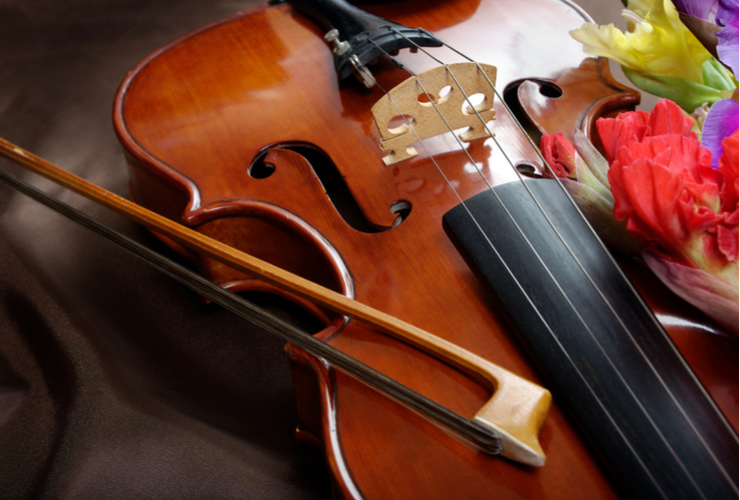 “If music be the food for the soul, then play on!” – Shakespeare, probably.  There’s really no more soothing balm for a troubled mind than a good song. Songs help corral the noise in our hearts and minds and give our feelings a means of expression that extends beyond the mere power of words. So plug in, drop out, and hit play on these five songs we’ve cultivated just for you!

For those who don’t know – Tabula Rasa is Latin for “Scraped Tablet.” You might be thinking “how could a song called scraped tablet calm me down?”

Well, Tabula Rasa has a secondary meaning – it’s the philosophical concept of a “clean slate.” Philosopher John Locke purported that people are born into this world as clean slates. It‘s their experiences, he argued, that shape them into the people they eventually grow to be. Heady stuff! Definitely something to ponder while Calum Graham’s bright, smooth acoustic stylings take you over the edge of a relaxation waterfall.

Derwin Schlecker – better known by his stage name Gold Panda – is a British electronic record producer, performer, and composer. His trance-inducing, pseudo-nostalgic recordings are repetitive (not in a bad way), hypnotic, and distinctly calm. He has three albums released that are available online. We chose his single “You” because we feel it’s the best possible antidote for those hectic feelings that we sometimes get so wrapped up in.

This song has a melancholic twinge that halts right before careening into outright sadness. It’s entirely instrumental, with swooping guitars singing airy melodies. It’s definitely the kind of song you could play while sitting on the porch during a rainstorm, as you consider the moments that shaped you, and the exciting things yet to come. You can find more by CasiLoFi on Bandcamp: https://casilofi.bandcamp.com/

If you’re at all familiar with the original Smashing Pumpkins song, you’ll love French-Canadian guitarist Antoine Dufour’s take on this classic. Not only does he imbue this song with his own spacey energy, he also provides all the percussion with rhythmic finger taps and bridge slaps. He’s basically a one-man band. Color us impressed! For those not so familiar with the original song, we can safely say that you’re in good hands with Antoine. He captures the original’s nostalgic, breezy mood while lending his version its own distinct personality – which is incredibly hard to do.

We know it’s a seven-minute long performance but bear with us.

Known professionally as Hiromi, Uehara is a jazz composer and pianist born in Hamamatsu, Japan. She is known for her virtuosic technique, energetic live performances and blends of musical genres such as post-bop, progressive rock, classical and fusion in her compositions.

Hiromi Uehara is one of the most talented and eclectic jazz pianists working today, full stop. Her performance of “Place to Be,” which we’ve linked to below, is a stunning display. The care and detail placed both into her compositions and running throughout her live shows are second to none. In spite of the emotional weight of the piece, it is incredibly calming and even charming. It’s really one of those songs that you can put on and let carry your mood into serene and as of yet unreached places in your mind. If you decide to watch her live performance, you’ll be equally enchanted by her charisma and showmanship.


These are just a few recommendations, but hopefully, they’re enough to bring you back on a raft to calm island. Have any go-to songs when you’re feeling particularly high strung? Share them with us in the comments below!

A Few Cures For The Common Commute 6 Exercises for Lower Back Pain