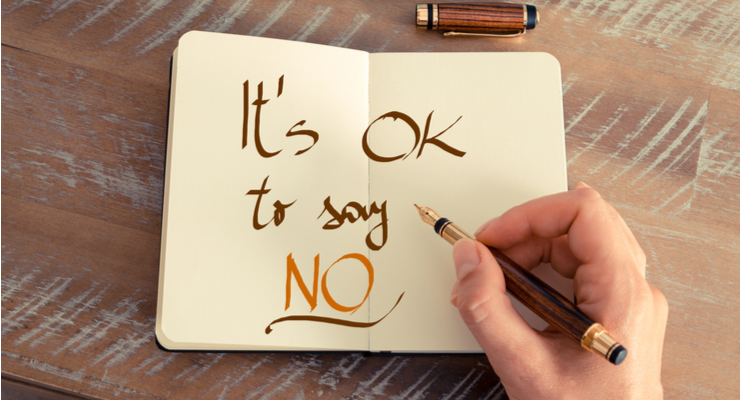 It’s 2018, there is no shortage of noise. A million things compete for our collective attention. The news is inescapable, social media is designed to keep us scrolling until the odd hours of the morning. We feel like it’s impossible to turn off. We feel like our lives have become so beset by complication that we can’t apply the brakes and re-orient ourselves. You know that you want or even need to simplify your life, but you just don’t know how.

Here, we have three simple ways to tackle the messy menagerie of obstacles and obstructions that continuously hamper your ability to feel good.

1. Declutter as Practice and Philosophy

It’s no surprise to hear that clutter is a significant source of stress for many families. Studies actually indicate that “Managing the volume of possessions [is] such a crushing problem in many homes that it actually elevates levels of stress hormones for mothers.” Even the mere presence of clutter is enough to make individuals less productive. How does one overcome the incessant tides of clutter? Look no further than the KonMari Method.

Marie Kondo is a sort of a tidying guru. Obsessed with cleaning from a young age, she’d been first and foremost preoccupied with the methodology of cleanliness. She wasn’t always an expert, however.

Her early forays in bringing order to her closet, her room and her family home brought pain instead of joy. Like most people will attest to when it comes to cleaning, the relentlessness of it defeated her. It was during one of these episodes, after despairing over her fruitless efforts, that she heard a voice. Look more closely at what is there, the voice said.

It was at that moment that Kondo realized she was approaching the problem all wrong. Instead of focusing on throwing things away, she focused on those things she should keep.

Her methodology is pretty straightforward – almost bafflingly so. Simplicity must breed simplicity, or so the saying goes. Kondo touts cleaning not by room, but by category. Categories aren’t random either, they start at clothes and trickle down to cherished photographs. Once you’ve reached the point at which you decide whether or not to keep things, the only question Kondo insists you ask is “Does it bring you joy?”

We imagine removing all the objects from your home that don’t bring you joy will result in some pretty quick and thorough decluttering.

This might not exactly be a total shock, but money is a major stressor for people. It’s not just major, it’s apparently stress culprit number one in America today. In 2014, a whopping 64% of the American population claimed that money was a significant source of stress. Normally with any other kind of stressor, we’d suggest minimizing exposure. But money is ubiquitous, it’s inescapable. Suggesting you minimize your exposure to money is like suggesting you stop sleeping. It just isn’t possible.

Cash Rules Everything Around Me, C.R.E.A.M get the money, dolla dolla bill y’all.  Method Man

So what do you do? For those of us who have trouble with our finances, budgeting and debt management can seem like insurmountable mountains. But mountains are surmountable! “Mount” is in the name, after all. How do you get started budgeting? You can try the baby steps method by Dave Ramsey. In this method, he suggests 7 simple steps to get you on the path to becoming the next Warren Buffett.

His method is as follows:

Those last few might seem a little crazy, but nothing is impossible if you take it one day at a time.

With all this talk of complication, stress and financial woe, you probably might be wondering if there’s a way to get ahead of the mess. It’s better to solve a problem that hasn’t happened yet than to untangle one that already exists, right? To truly simplify your life, you need to think long and hard about what you invite into it. As a person with ambitions and aspirations, you probably say yes too much. As a people-pleaser, you may often put others’ needs in front of your own. This can leave you feeling burned out, and if you can’t tend to your own garden, how will it flourish?

To reiterate, we’re not saying to say no to everything. That would be absurd. You need to have an accurate understanding of what you can and cannot handle before you take on any other burdens. When you’re asked something and you know you have to say “No,” how do you do it?

Firstly, consider the implications a request has. How much time, money, energy does it cost? Summarily, what will you have to sacrifice to complete the request?

We are often susceptible to a behavioral mechanism called “loss aversion.” Loss aversion describes a psychological tendency to prefer avoiding losses than gaining benefits. We think it’s worse to lose five dollars than it is better to gain five dollars, if that makes sense. The reason we’re susceptible to this cognitive mechanism is partly because it works to help us avoid harm, whether it be resource-wise or fiscal in nature. There’s a way to make it work in our favor, though. When we take on tasks, we rarely consider what we have to give up in order to complete them. But making this consideration an integral part of the initial decision-making can really help you accurately gauge whether or not you can handle taking said task on.

Further, when you say no, do so politely but firmly. You don’t want to come off as aggressive or obstructionist. You want to assertively set and define your boundaries.

Saying no is easier said than done. Something about the social pressure that’s exerted when we’re asked to do something is almost palpable. It won’t be easy at first, cultivating a skill never is. It will, however, be an effective stress-reducer when you begin to develop it. No Excuses…Have a Seat for Exercising in the New Year!