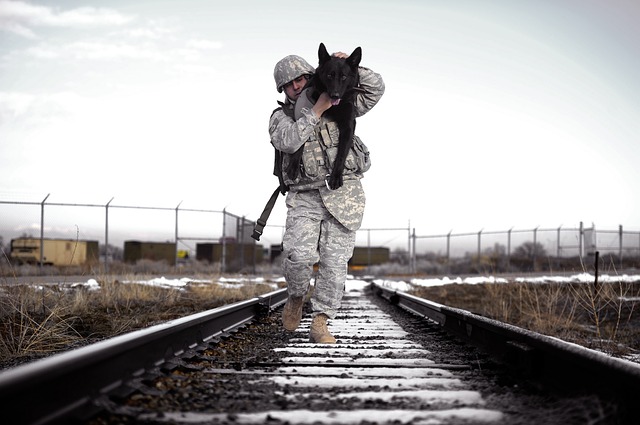 Here’s a hot take: Pets are just little people who live on the floor. There, we said it. We love our pets. We’d do anything for our pets. We frankly go to strange lengths for our pets. You just know that the moment cavemen domesticated wolves, they were already giving them cutesy names like Toto or Meatball or something really embarrassing like Kevin.

Our relationship to pets being what it is, it’s reassuring to know that they love us just as much as we love them. In fact, in a recent study at Emory University, Animal Cognition Scientists trained dogs to lie still in an MRI machine to measure their neural responses to certain smells.

The scientists found that dog owners’ aroma actually sparked activation in the “reward center” of their brains, called the caudate nucleus. Of all the wafting smells to take in, dogs actually prioritized the hint of humans over anything or anyone else.

You can rest easy knowing that your Yorkie, Jellybean, loves you like a family member. But you already knew that, right? Jellybean isn’t a liar.

While the emotional fulfillment of a pet-to-person relationship is certainly more than enough to validate pet owners far and wide, there is a multitude of health benefits that come packaged with pet ownership.

What are they? We’re glad you asked!

Lots of good things are not so great for your heart, like greasy hamburgers and bungee jumps. Thankfully, dogs are not a part of that list. Dogs are really, really good for your heart! Not just in a single capacity either.

People with dogs tend to have lower blood pressure in stressful situations than those who are pet-less. Pet owners have lower triglyceride and cholesterol levels (indicators of heart disease) than those without pets.

Heart attack patients with dogs survive longer than those without.

Wow! The only thing that could make your dog a better health ambassador would be teaching it CPR.

What is Oxytocin? It’s a powerful hormone that acts as a neurotransmitter in the brain. It regulates social interaction and pair bonding. When we hug or kiss a loved one, our oxytocin levels increase. Oxytocin is why we’re able to trust each other. It also serves as a mood-enhancer, often as the underpinnings of our good moods. According to science, petting animals releases oxytocin.

Humans interacting with animals have found that petting the animal promoted the release of serotonin, prolactin, and oxytocin- all hormones that can play a part in elevating moods.

There’s nothing better for a restless mind than the simple joys of petting a dog. As if we needed another reason to give our good, good boys more pets & pats.

Pets fill our hearts and lives with love and affection, but that’s not all! Pets also stimulate us mentally.

When people at an Alzheimer’s-disease facility dined in front of aquariums with brightly colored fish, they ate more, got better nutrition and were less prone to pacing. They were also more attentive and less lethargic.

Even just the mere presence of animals has an overwhelming mental benefit on those around them. Another clinical study in 2015 found that children made fewer errors in match-to-sample categorization tasks in the presence of a dog, relative to a stuffed dog or human. Similar studies may indicate that a dog’s presence may serve as both a source of motivation and a highly salient stimulus for children, allowing them to better restrict their attention to the demands of the task.

Other studies suggest that children learn to read better if they read aloud to dogs.

The evidence suggests that reading to a dog may have a beneficial effect on a number of behavioral processes which contribute to a positive effect on the environment in which reading is practiced, leading to improved reading performance.”

So it’s not just us! Our dogs really are that smart, and it seems they’re rubbing off on us.

4. They Add Structure and Routine to Your Day

Dogs need structure. They demand routine and consistency. This fact is often cited as a deterrent by the parents of puppy-wanting children – “If we get you a dog, you have to walk it and feed it every day, you have to brush it and bathe it and etc.” That tactic never works, right?

The flip side to the demands of dog ownership is that people will often put aside their own needs for those of a pet. It’s one thing to know that you should be exercising more, it’s another to exercise because the dog needs a walk. People will often do things for their pets that they aren’t necessarily motivated to do for their own well-being. Case in point:

A walking program that matched sedentary adults with therapy animals resulted in an increase in walking over a 52 week graduated intervention with the participants stating their motivation for adherence was “the dogs need us to walk them.

Keep in mind that these are people who weren’t willing to move for their own benefit, it was the needs of the dog that got them scooting around. There’s something about the responsibility inherent to having a dog that drives people to go above and beyond. Psychologically, there’s a stronger imperative to help a dependent animal than to self-improve on one’s own.

These are just a few of a multitude of reasons why owning a pet is the absolute tops. You don’t need to take our word for it, though.

We’ll let Walter here explain the joys of owning a dog through the power of song. Surprising Ways Your Body May React to Daylight Savings Time Aging is NOT an Excuse for Five Commonly Ignored Problems!