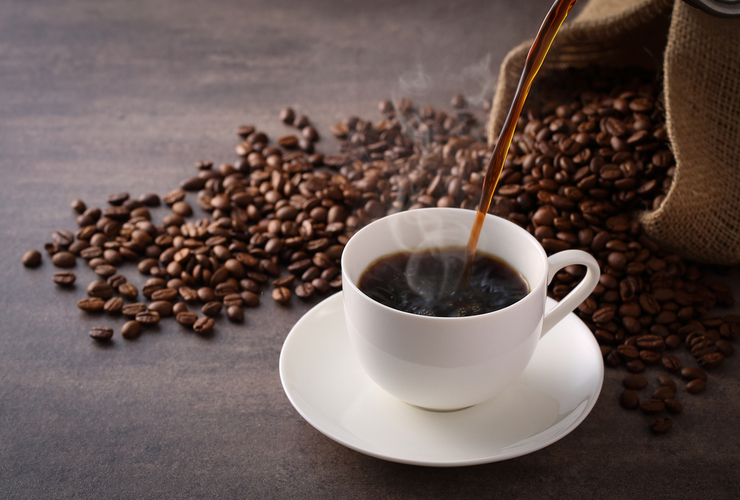 Ahh, sweet, sweet coffee. Has there ever been a more delicious and enlightening nectar to grace the human palette? The answer is an ironclad “No.” Seriously, we here at Positivities chug about a gallon of coffee on any given day, each. We take coffee as seriously as we take our mission to spread smiles to and from the far corners of the globe.

Imagine our delighted surprise when we put our thinking caps on and found out that science loves coffee as much as we do! That’s right, coffee has a multitude of distinct health benefits.

1. Just What The Doctor Ordered

The story of Coffee is a robust, colorful tapestry spanning centuries. We won’t dive into it here, but suffice to say that people have been drinking coffee for about 2600 years. There have been some misgivings about coffee in all that time. Some have suggested that it stunts growth in children, which is actually categorically false. The myth that coffee stunts growth was actually started by C.W. Post, a 1800’s-era food manufacturer. He was mostly known for pioneering the field of breakfast cereal.

What a lot of people don’t know is that he invested heavily in pseudoscientific studies to prove caffeine was unhealthy so he could more effectively hock his “grain-based breakfast beverage, Postum, advertised as a caffeine-free coffee alternative.” He made an absolute fortune doing this.

Checking that at the door, what have we found out about coffee since the villainous reign of the breakfast baron, C.W. Post, came to an end?  Well, it turns out that average caffeine consumption:

Wow! That’s a lot of stuff to pack into a regular cuppa. And if you’re puzzling over what we mean by DNA fortification, here’s this:

In 1972, a study on coffee in Biophysical Journal found that caffeine binds to broken DNA, which occurs when there is a natural or chemical change in the strand. If caffeine were present during the formation of DNA, it could cause breaks in the chromosomes, threadlike structures that carry genetic information…However, according to a March 2016 study in Molecular Nutrition and Food Research, drinking coffee also reduced naturally occurring DNA breakage by a third, and that reduction continued several hours later.

That’s a lot to chew on, but it shouldn’t be a problem for all you coffee drinkers out there. That’s because Coffee is good for the brain, too.

Many of us drink coffee in the morning to shake all the rust out of our brains, to wake up and get moving. “Don’t talk to me until I’ve had my coffee,” is less a witty slogan for some and more like a prime directive. Sure, coffee puts a little giddyup in our stirrups – but did you also know that it drastically improves long-term memory and concentration levels? According to researchers at Johns Hopkins:

We’ve always known that caffeine has cognitive-enhancing effects, but its particular effects on strengthening memories and making them resistant to forgetting has never been examined in detail in humans,” said Yassa, senior author of the paper. “We report for the first time a specific effect of caffeine on reducing forgetting over 24 hours.

Not only does it help support your long-term memory, coffee consumption has also been linked to a decreased risk of Alzheimer’s. Go ahead, have another cup. Your brain will thank you!

3. Juice That Boosts The Mood

Picture your perfect morning. We’re going to guess that nine times out of ten, it involves a steaming hot cup of delicious coffee – maybe on your back deck watching the sunrise in a luxurious robe, or on some pristine beach halfway across the world, watching dolphins breach the ocean’s surface ever so gracefully. We can just see it now. The degree to which coffee boosts our mood is really incredible. Not only is it incredible, it’s also a scientific fact.

Scientists have known for many years that coffee stimulates the release of the neurotransmitter dopamine. Dopamine produces the euphoria and pleasant feelings that people often associate with their first cup of coffee in the morning…Coffee makes us feel so good because it is able to tap into virtually every reward system our brain has evolved.

We think creating feelings of Euphoria is as good a reason as any to keep on chuggin’ that sweet hot, flavorful café. That’s French for “coffee,” and the French know their coffee.

Given that we here at Positivities all love coffee so much, we decided to poll the office and see what all the Positive Peers/Positiviteers (it’ll catch on) have to say about their favorite kinds of coffee!

Irene: For a tasty coffee treat, my go-to is Widener University Brew Coffee. Sustainably grown in Costa Rica, this coffee sells for $12.99 per twelve-ounce bag. Believe me, it’s worth the cost to enjoy a distinctly smooth, flavorful cup of coffee.


(just a comment – why isn’t Irene writing advertising copy for coffee brands? She really knocked it out of the park with her entry!)

Matt:  For those of you that haven’t been privy to trying Wawa coffee. I can only describe it as a cup of pure deliciousness. This coffee is so good I wish I had a Wawa coffee machine in my house. Once you try it, you’ll wish you had one too. My second favorite would have to be La Colombe. Their draft lattes are quite amazing. One can is equivalent to about 1.5/2.5 cups of coffee – enough caffeine for anyone desiring a tasty, refreshing pick me up.

Francine: I like a medium roasted coffee although when I make it at home it probably comes out medium-strong. Some of my favorites are 8 o’ clock, Wawa, Dunkin Donuts, Widener University and McDonald’s brand coffee! My mom taught me when I made coffee to put in the number of scoopfuls for however many cups I was making and then “add one for the pot.”  As I only make a single serving for myself, the coffee is probably on the strong side (however, it tastes great to me).

Sean: Okay, this is going to sound a little crazy but I’ve been really interested in something called “The Black Blood of The Earth.” I know it sounds scary, but hear me out. Developed by a radiation scientist in California, BBotE boasts about 40 times the amount of caffeine in a single shot over what you’d find in a regular cup of coffee. It tastes the way that coffee smells if that makes sense. All BBotE has to be brewed to order, so if you don’t live in California, it takes a little while to ship. For the adventurous coffee drinkers out there, you probably won’t find a better brew. My second favorite would have to be Stumptown Brew – it’s so rich and bursting with flavor, it’s definitely worth the cost. It also does me good knowing that the roasters at Stumptown are just as passionate about coffee as I am! Try These Strategies to Cope with Workplace Stress