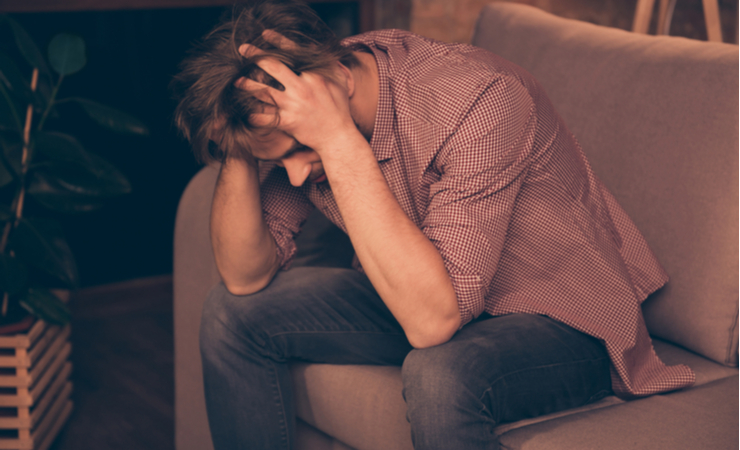 You know it’s going to be a bad day.

First, you wake up late because your alarm never went off. You can’t find your cell phone anywhere. After a few minutes of frantic searching, you give up and decide to make breakfast. In your rush, you spill Very Berry Breakfast smoothie all over your brand new slacks. You change and step outside, only to see both of your trash cans knocked over.

The culprit? High winds maybe, or raccoons, or Davis, your horrible neighbor. He’s always had it out for you, and you have no idea why. You’d pick the cans up but you’re already running late. You know the Homeowner’s Association is going to give you an earful, but you don’t care.

You go to start your car, only to see a boot on the front wheel. Somebody reported you to the parking authority. Can this morning get any worse?

Options exhausted, you rush to the train station nearby. You jog up to the station platform and see the train ever so slowly pulling away. The conductor leans out the window, chuckling all the while.

You meet his gaze. You almost can’t believe it.

The conductor is none other than your villainous neighbor, Davis.

He’s holding your phone. How did he get your phone? Before you can think of an answer, you see him chuck it into the river that runs underneath the train tracks.

His horrible laugh rings out as he speeds away.

We’ve all had days like this! Days where, no matter what, you just can’t seem to squeeze out a victory. What do you do when a day goes from pretty fine to distinctly slime? We can think of a few tips and tricks.

This is always step one. Primarily because of how your body needs oxygen. Secondly, there are some pretty neat tricks you can do with regards to your breathing that can trigger an automatic calming response in your nervous system.

Here are some decent breathing exercises (we call them Breath Stunts) to help you turn this bad day into a glad night.

Why do we have emotions? Primarily, they’re a sort of internal compass that allows us to qualify certain experiences. They allow us to connect with each other on a very deep level. Some are pleasant, but many are distinctly unpleasant – like sadness. The thing about sadness is that, while it isn’t fun to feel, it’s the necessary means by which we release our negative experiences. It’s why we always feel better after we cry. You will feel better if you allow yourself to sit in your sadness for a spell.

You can’t wallow forever! Only hogs wallow, as they say, and we’re not hogs! We’re people.

Self-care is a pretty prevalent buzzword. You hear it tossed around everywhere from your communal co-working space to blogs just like this one. It’s nothing crazy, really. Self-care is just the phrase we use to describe the things we do to make ourselves feel better in times of stress and adversity. For some people, it’s eating chocolate. For others, it’s a nice, long bubble bath. The one unifying aspect of self-care is that it’s always constructive. Some people have even taken to celebrating those otherwise ‘boring’ tasks as acts of self-care – like going grocery shopping, filling prescriptions, going to the bank, etc.

So take a moment, think about something that’ll make you feel better and commit to doing that tonight. Whether it be phoning a friend to vent or going for a nice walk by the river, you’re sure to feel better.

4. Put on Some Good Music

We’ve suggested playing some good music as a balm for many ills, but there’s a good reason for that. Music makes us feel better – that’s a scientific fact.

There are a dozen different ways to stimulate dopamine. Music, good jokes, stimulating conversation, salsa dancing, some light-hearted “clowning.” Nothing more than lighthearted clowning though, we can’t sanction that class of extreme buffoonery.

One of the easiest, most surefire ways to get those feel-good dopamine receptors pumping is some light bodyweight exercises. We’re talking about push-ups, sit-ups, lunges, squats, etc. You can find some examples here.

After completing your light bodyweight exercises, you’ll feel as though you’ve accomplished something. A sense of accomplishment can do wonders for your self-esteem, which might need a little boosting after a no-good, very bad day. So get out there, crush your lats, work up a sweat and get into the “good-feeling” groove.

When you tick all these boxes on the itinerary, today’s events will feel just like a very bad dream. You can sleep soundly knowing that tomorrow is just another chance to do your best. Take Good Care of Your Home With These “Small” Repairs Three Tips to Simplify Your Life