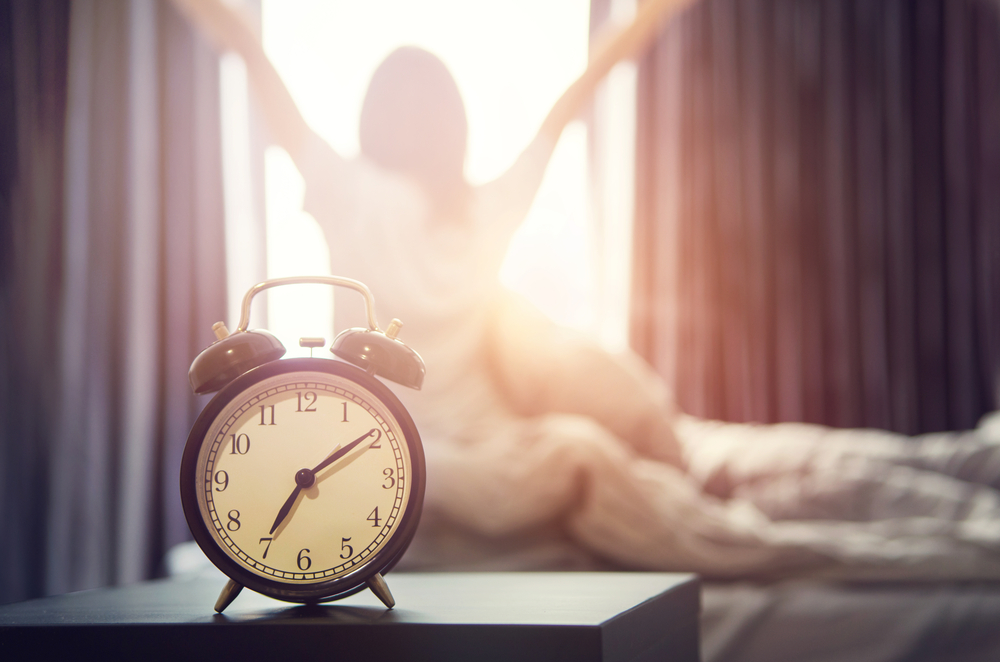 If sleep is the best thing that has ever been invented by anyone ever (which it is), then the logic must follow that waking up is The Pits. Seriously, we’d like to have a strong word with the first person to ever wake up because it was a total trash move.

Getting up at 6 AM might’ve been keen way back when we all had crops and livestock to tend to, but we’ve since made robots that do all that stuff for us. Isn’t it about time we accelerate into the futuristic luxury society that we’ve been working towards since we all emerged from the collective primordial ooze? Isn’t it time we finally conclude that doing any work before 10 AM is a foolish and cruel practice? We think so, and we’re not alone, as per the Guardian.

Since society isn’t going to change any time soon, it’s up to us sleepers to play catch up with everyone else. It’s going to be hard, but with these tips, you’ll sand away the coarseness of waking up after a deep and succulent slumber.

We know – Duh. But is it really duh-worthy if you’re not doing it? Some of us don’t go to bed early because we’re trying to maximize our wind-down time after a hard day at work, and that’s totally understandable! But what good is that wind-down time if you end up feeling constantly worn out anyway? Not only are you potentially depriving yourself of necessary snooze-age by staying up later, you could also be subjecting yourself to unnecessary anxiety.

According to this study “Higher levels of repetitive negative thoughts are associated with reduced sleep duration.”

The later you stay up, the more likely is you’ll experience repetitive negative thoughts. Though sometimes it’s the other way around – Negative thoughts can very easily keep you up. In this case, we suggest keeping a worry journal.

Jams! They rip! We love jams! If you’re like us, you know that Jams make everything 100% more rad.

Music directly affects our conscious perception. In lay-speak, songs identified as sad/happy/energetic/contemplative can, in turn, inform your mood. It might seem obvious, but perception is very, very powerful. If you’re finding yourself in a morning slump, like you just can’t gather the necessary energy to get up and go, you have to pump those jams to the max. Here’s an example to jam to:

The sun keeps us alive and spinning, so it’s already got some points for that – but did you know the sun also helps you sleep and wake up more easily?

Exposure to bright sunlight stimulates a number of receptors in our brain that affect how alert we feel. Not only does sunlight tell our bodies that it’s time to wake up, it also boosts the level of serotonin in our bodies. Serotonin is typically known as the ‘happiness hormone.’

If it’s winter and sunlight is severely lacking, or you live in a bunker, you can invest in a light therapy lamp. These lamps can simulate sunlight and give you a good old dose of Vitamin D.

Human beings are built to juice and let loose. Weightlifters and muscle titans alike understand the poetry of strength and exercise. What else do these ultimate athletes understand? They understand that light aerobic exercise helps you sleep.

…The handful of studies that have been performed…suggest that exercise significantly improves the sleep of people with chronic insomnia.

The exact mechanism behind this phenomenon is unknown, it might be the drop in body temperature after exercise raises it. It could be a sort of literal ‘tiring out.’ If you plan on exercising to sleep easier, know that vigorous exercise can have the opposite effect and keep you awake. This awakening effect actually makes vigorous exercise perfect in the morning. So hop out of bed and give us 20!

Water is the essence of moisture, moisture is the essence of wetness, wetness keeps us alive and essentially hydrated. You can’t drink water when you’re asleep, and you’re probably thirstier than you think when you wake up.

Not only will you feel refreshed, you’ll fire up your metabolism by 24% for the first 90 minutes of wake time and you’ll probably eat less to boot  (water makes you feel full).

Secondarily – Apples are a great way to naturally wake yourself up in the morning as well.

Coffee is amazing. Nobody here is railing against coffee. However, some of us may wish to become less dependent on caffeine. For these individuals, apples are a great alternative.

Apples contain no caffeine but instead have about 13 grams of natural sugar. These sugars provoke a similar response to caffeine because vitamins from the apple are released slowly throughout the body, making you feel more awake. Unlike caffeine, there are no jolts, mood swings, anxiety, jitters or the dreaded crash. Much of the increase in energy is due to the natural glucose in the fruit, which is digested and feeds the body’s cells.

That’s another bullet point in the list of “Things Apples Can Accomplish,” right next to satisfying crunches and terrifying doctors.

So there you have it, five tips to kick those morning blues to the curb. With this advice in your arsenal, you can look forward to becoming the morning person you always knew you could be. Getting up at 6 AM might still be the pits, but you’re now better equipped than ever to carpe those diems! Accentuate the Positive, Eliminate the Negative Ways to Spruce Up Your Home for Less than $100 Are You a “Superager”?