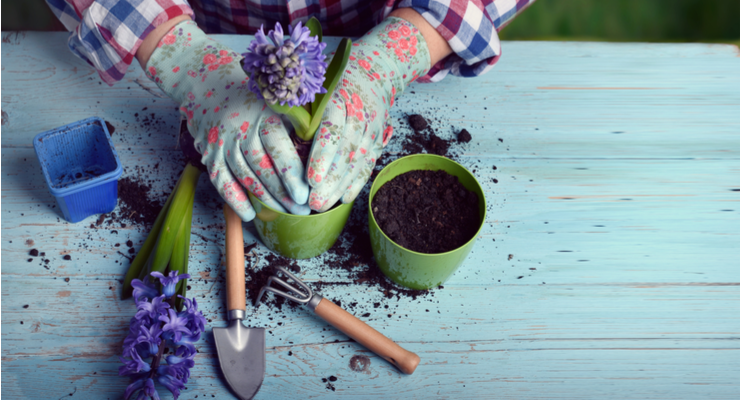 For some of us, the word “Hobby” conjures images of an obsessive agoraphobe gluing birdhouse parts together at 4 AM, or a small man in his basement listlessly watching a model train run a circuit through a miniature recreation of his hometown, or even, god forbid, a hobbyist juggler. As in, someone who juggles just for fun. Not even for money. There’s nary a thought more chilling than an earnest juggler, or a part-time clown.

We’re here to say that hobbies don’t have to evoke thoughts of mothballed closets and unemployment. There are some hobbies that are actually pretty, pretty, pretty good.

There’s nothing quite like the craft of writing. We all have these rich inner lives that can be accessed through the simple act of taking pen to paper, or fingers to keyboard, whatever you prefer. A lot of people tend to get frustrated at the prospect of having to fill a blank page, there’s something scary about it that stirs up all these feelings of doubt and inadequacy. It’s important to acknowledge these feelings, but we can’t let them stop us. Journaling is, in fact, a great way to maintain your mental wellbeing.

University of Texas at Austin psychologist and researcher James Pennebaker contends that regular journaling strengthens immune cells, called T-lymphocytes. Other research indicates that journaling decreases the symptoms of asthma and rheumatoid arthritis. Pennebaker believes that writing about stressful events helps you come to terms with them, acting as a stress management tool, thus reducing the impact of these stressors on your physical health.

Who knows? Maybe one day you’ll look back at your old journal entries and think “Hey, these are worth publishing.” If it worked for acclaimed author David Sedaris, why can’t it work for you?

A lot of us worry about our environmental impact – we look for ways to minimize harm. We recycle, we take shorter showers, you name it. With all the ways we try to minimize our environmental impact, we forget that we can take actions that are additive. Gardening is one such activity that’s both physically demanding and mentally stimulating. Whether the link is causal or correlative, studies also show that there’s a significant link between rates of anxiety/depression and the amount of time an individual spends out-of-doors.

The presence of green space, such as forests and parks, is now widely viewed as a health-promoting characteristic of residential environments, and has been linked to benefits such as recovery from mental fatigue, stress reduction, neighborhood social cohesion, reductions in crime, violence and aggression, reduced morbidity in multiple disease categories and better self-reported health.

Not only will gardening feel good, but you’ll finally be able to sympathize with Farmer McGregor in his endless struggle against that vegetable-thieving cad, Peter Rabbit.

Is there anything nobler than the ancient art of Sport? The word itself rouses images of a bygone era – men in high socks batting croquet balls about the garden, honorable footraces by the riverbank in the summertime while all the gentlefolk candidly wave kerchiefs, baseball players with eight-foot vertical leaps scoring points and chewing shredded bubble gum in the dugout. Sport is good, we can all agree. But did you know that sport is good for you, as well?

To quote Elizabeth Barrett Browning:  How are sports good? Let me count the ways.

It’s a socially positive experience – It teaches teamwork and group coordination. It boosts self-esteem, it’s physical, and physical activity is a stress reliever.  It’s a great skill builder – whether it be the art of perfect practice making perfect, or the construction of muscle memory through repetition. One of the single most important aspects of a sport is that it forces you to socialize, being that this generation might be the loneliest on record, any excuse to make friends is good enough for us.

When we think of artists, we think of dour people in loosely fitted, paint-stained clothing. Maybe they have French accents? Maybe they wear funny hats? Artists aren’t exactly typified in pop culture as being emotionally stable or practical or sensible or financially successful or happy. In fact, they’re stereotyped as tortured, slightly pretentious, self-aggrandizing eccentrics. This is a bummer because statistically, artists find themselves in one of the happiest professions.

What does all this have to do with drawing/sculpting as a potentially meaningful and healthy hobby?

We have to consider why artists at large glean so much satisfaction from their craft. It could be for a whole host of reasons that have little to do with the actual act of creation, but suffice to say, something is working for them. It could be the self-soothing and repetitive nature of line-making. It could also be the sort of unspoken therapeutic qualities of artistic expression.

There’s also something to be said for the feeling of achievement when you finish a particularly challenging or well-executed piece. That striking sense of accomplishment is more important than perhaps many of us realize.

All these other hobbies are fine and good, but if you really wanna throw everyone in your life for a loop, take a comedy class. We don’t necessarily mean stand-up comedy, which often dances the line between ‘potentially therapeutic’ and ‘potentially enabling.’ No no no, we’re talking Improv Comedy – The dreaded step-brother of dramatic acting.

The really amazing thing about improv now is that it’s become sort of synonymous with therapy. Many improv students, in their final evaluations, will say “Improv is cheaper than therapy.” Some call it ‘adult recess.’ Whatever your opinion may be, there’s no denying that it has its benefits. Especially if you’re the kind of person that has social anxiety, or just general shyness/confidence/self-esteem issues, which, hey, who doesn’t?

Aside from regular stage fright and performance anxiety, Some people are convinced that they could never do well with any kind of comedy performance because they ‘just aren’t funny.” This line of thinking reminds us of something comedian Dan Harmon said once:

How do I know that you’re funny? Because everyone is. Everyone here has been laughed at. Some of us have bad memories of being laughed at in ways beyond our control…Comedy, like fire or anything powerful, can burn or scar or destroy. I’m only saying that if you fantasize about being funny and you feel that it somehow eludes you, it’s possibly because your relationship to comedy is so beset with complication that you’re setting yourself up to fail…We can all benefit from resetting our definitions of what comedy really is.

If any of that resonates with you, you could really benefit from resetting your relationship to comedy. One of the single best ways to do this is to get out there and take a class. Who knows? You might make a ton of friends, you might finally work through your stage fright. Maybe you’ll become so funny that people will scurry when you come near, for fear of never being able to stop chuckling, snorting, guffawing, etc.

Know of any other hobbies that leave you feeling good? Have a niche hobby that more people need to know about? Whether it’s freeform cliff climbing or teaching slam poetry on the weekends, we’d love to hear about it!

Go ahead and sound off in the comments below! The Benefits of Drinking Coffee

5 Foods to Help With A Clear Mind and Better Concentration